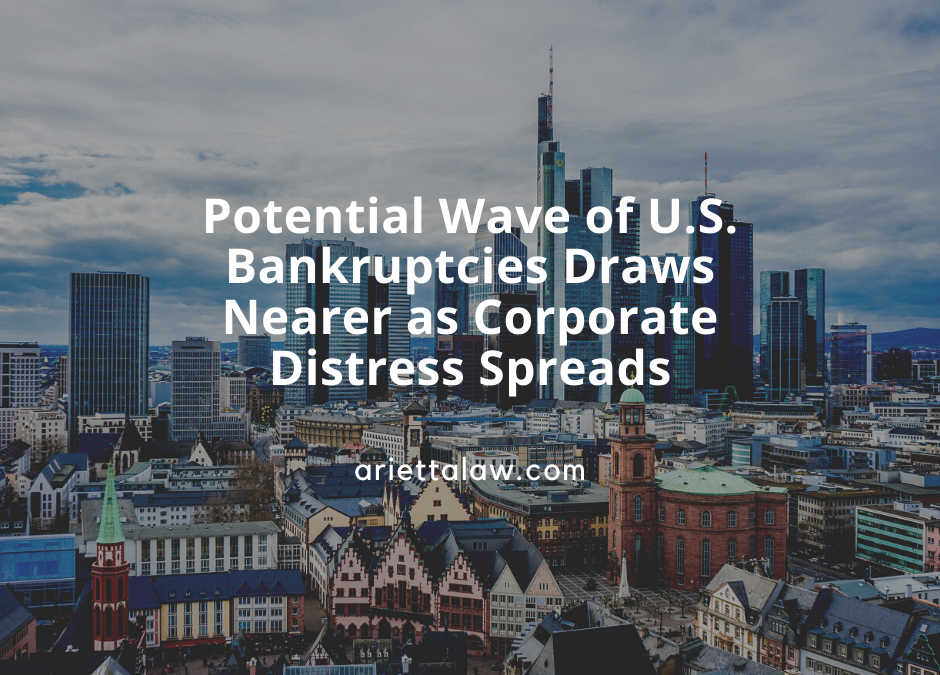 For many troubled companies, like luxury retailer Neiman Marcus Group Inc., which filed today, the lockdown to blunt the COVID-19 coronavirus super-charged the effects of pre-existing problems like debt overloads and the inability to please fickle consumers. For others, the debt they rack up while the pandemic rages may prove insurmountable once the health threat is over, Bloomberg News reported. “Everyone’s distressed watch list has become so big that it doesn’t even make sense to call it a watch list — it’s everyone,” said Derek Pitts, head of debt advisory and restructuring at PJ Solomon, which tracks the financial well-being of hundreds of companies.

Here’s a sampling: The amount of debt classified as distressed in the U.S. surged 161 percent in just the last two months to more than half a trillion dollars.

In April, corporate borrowers defaulted on $35.7 billion of bonds and loans, the fifth-largest monthly volume on record, according to JPMorgan Chase & Co. So far in 2020, the pace of corporate bankruptcy filings in the U.S. has already surpassed every year since 2009, the aftermath of the global financial crisis, Bloomberg data show. Even the bankruptcy process has been complicated by the virus, with social distancing making it impossible for companies to conduct asset sales that may keep them in operation and save jobs. “Many companies aren’t paying rent or vendors either right now, so they’re just accumulating liabilities to deal with later,” said Perry Mandarino, head of restructuring and co-head of investment banking at B. Riley FBR Inc. “There’s a large universe of companies that have been massively affected by COVID-19, and it’s unclear whether the slope of recovery will be fast enough for them to avoid bankruptcy,” said Mo Meghji, founder and CEO of restructuring adviser M-III Partners. “The debt they are taking on now will put that much more pressure on their finances going forward.”

In related news, Fitch Ratings said that the coronavirus-triggered downturn is pushing default rates higher and is also affecting the bankruptcy procedures used to address such credit defaults. Several recent debtors have had their bankruptcy cases derailed as ability to access exit financing markets has been compromised, according to Fitch. Similarly, decreased lender appetite for equitized debt, as well as a lack of third-party interest in certain distressed assets, has also disrupted the streamlined trend of pre-coronavirus chapter 11s.

Lender fears with respect to DIP facilities, as well as an increased frequency of liquidation outcomes, will likely further impede the goal of preserving value in U.S. bankruptcies during the crisis. Given that recoveries are tied to distributable value, Fitch said that a prolonged pandemic may contribute to lower creditor recoveries for debtors with disrupted processes.